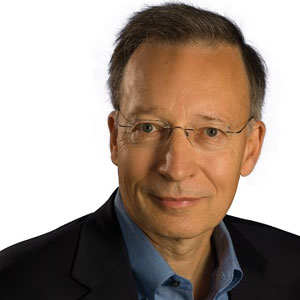 Robert Graybill, President & CEO
Back in the day while working with Council of Competitiveness at DARPA, Robert Graybill—a business leader, government program manager, and technology researcher— discovered a market gap in making competitive computing accessible to small and medium-sized companies. He also observed while manufacturers vetted the utility of HPC and cloud computing and its impact on the market supply chain, they wanted to determine what solution would benefit their organization. In spite of the presence of a vast number of cloud vendors, a collaborative cloud platform was missing. Keen on filling this void, Graybill along with Brian Schott—a seasoned professional in collaborative research projects—laid the cornerstone of Nimbis in 2008. The firm brings a broad range of integrated cloud-based HPC platforms under its ambit. The Nimbis platform acts as a one-stop collaboration shop for software applications, computing cycles, and expertise.

“We aimed to build a cloud agnostic innovation platform that can host a multitude of software applications, workflows, and create a turn-key ecosystem through which manufacturers could collaborate with suppliers, vendors, and government agencies with research labs, agencies, and other departments,” says Graybill, President and CEO, Nimbis. The company’s expertise and history of working with DoD as well as other government agencies has enabled them to foray into the commercial arena, providing collaborative secure computing solutions for smart manufacturing.

While elaborating about the Nimbis platform, Graybill emphasizes on the role of Amazon WebServices (AWS) in shaping their solutions. The interoperability of AWS’ cloud, he remarks, gave birth to Nimbis’ collaboration with the e-commerce giant. A common technology between commercial and government side of business underpins Nimbis’ platform, which is readily adopted by Amazon cloud as it seamlessly moves between commercial and AWS GovCloud (US). As a plus point, the Amazon government certification has enabled Nimbis to gain their own DoD Authorization to Operate (ATO) for software applications on top of Amazon cloud. “By leveraging what Amazon has got through FEDRAMP and ITAR certification, we enhance time-to-market much more quickly,” says Schott, co-founder and CTO, Nimbis.

The Nimbis platform, Schott remarks, is a right mix of open source technology and latest cloud innovations. Nimbis’ e-commerce marketplace that stems out of this platform creates acloud agnostic ecosystem for hosting software applications and assists in developing strategies to promote modeling and simulation. It builds an e-commerce infrastructure that allows OEMs and suppliers to connect in a collaborative fashion and carry out joint product development, share tools, applications or licenses. More than that, the e-commerce marketplace enables organizations to conduct experiments within the cloud framework until the right chord is struck. Such flexibility imparts value to the business of SMEs that are vying to establish themselves in the high-octane e-commerce environment.

Armored with its unique approach, strategic collaboration, and ATO certification, Nimbis has created a different niche for itself. It is because of this that the firm had tasted success even in its formative years. And while the clamor of their success gained traction, Nimbis’ platform penetrated into various organizations such as DoD, Government research laboratories, electronic design automation, smart manufacturing, along with commercial e-commerce companies.

2017 has proved to be a fructuous year for Nimbis as the firm transitioned from development to production. At the vanguard of emerging technology powered by the ATO certification in the government space, Nimbis brings robust secure cloud architecture to the fore. By leveraging the expertise of handling DoD and government projects, the firm’s solutions have also been instrumental in hardening smart manufacturing platforms. Going forward, Nimbis visions to grow its focus on technical computing collaborative innovation platform and continue to host complex analytical packages, workflows, and design. 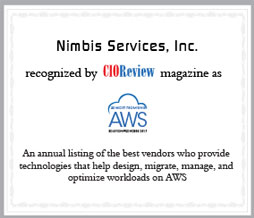 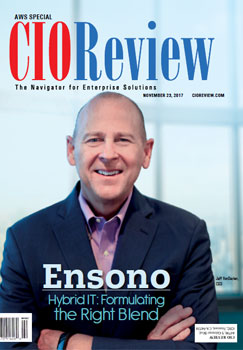