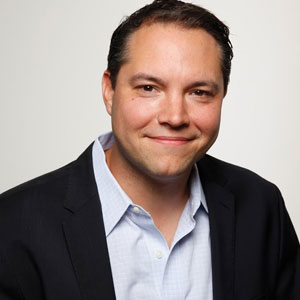 Kenneth Ziegler, CEO
Logicworks got its start as a traditional web hosting company with the “aim of keeping large, complex, and diverse applications up and running,” says the company’s CEO, Kenneth Ziegler. But the company has evolved to become a leading provider of cloud automation and managed services, and a top-three credentialed AWS partner focused on the delivery of software delivered automation.

Ziegler says that Logicworks’ success at becoming one of the fastest growing AWS partners is due in large part to its customer-driven strategic planning philosophy. He notes that this strategic planning model allowed the company to migrate their service offering to AWS almost five years ago, while their competitors stayed focused on defending their install base and traditional models of infrastructure management.

Another component of the company’s success is its “twenty-plus year pedigree as a traditional infrastructure provider,” says Ziegler, noting that because the company evolved from traditional hosting into cloud hosting service, it “understands the journey of going through a cloud transformation.” To achieve success with AWS, Logicworks had to engineer a centralized automation capability because it would have been impossible to achieve the type of uptime and agility by building and managing things manually. “We designed our system on Amazon from the beginning to be a software-enabled managed service in which the automation systems deliver greater than fifty percent of the value to the customer by reducing human error, optimizing costs and utilization, and maintaining availability,” says Ziegler.

Through automation, Logicworks “deploys multiple complex solutions in a matter of hours or days, not weeks or months, and allows us to manage client environments in a way that provides more security and agility than if an enterprise were to do it themselves,” says Ziegler. “From a ROI standpoint would you rather have your best engineers focus on differentiating your business or managing AWS?” he asks, adding that such engineers should not be focused on cloud formation template set up.

The CEO says enterprises in the healthcare, financial serves, and commerce sectors turn to Logicworks for a number of reasons, including a lack of in-house talent, expenses, fear of setting things up the wrong way, or exposing themselves to security concerns. These enterprises “look to Logicworks to help them migrate to the cloud, accelerate their learning curve, and operate their applications in the cloud the right way” which, Ziegler notes, is through automation because it allows a high level of availability and security.

Customers also rely on Logicworks due to its focus on “continuity of care,” which ensures that as an enterprise matures and transforms over time, it has a reliable partner that will ensure that the cloud continues to meet its needs. Ziegler notes that Logicworks’ engineers work side by side with Amazon research and development teams to make sure the company is successfully developing and integrating new AWS offerings into its platform for the benefit of its customers.

In pointing to specific examples of company success, Ziegler notes that Logicworks hosts the largest healthcare information exchanges in the U.S., but on a more typical scale points to the company’s success in helping an E-commerce business migrate to an automated, auto-scaling cloud environment that met PCI requirements and maps their infrastructure to seasonal demand.

Going forward, Ziegler says the company will focus on international expansion, and finding ways to provide improved customer access to the Logicworks platform. The company will also maintain its close collaboration with Amazon, while continuing to offer the ability to hybrid and multi-cloud to support customers on a holistic basis. 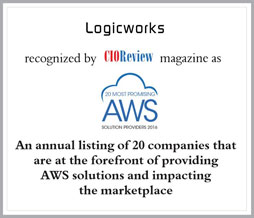