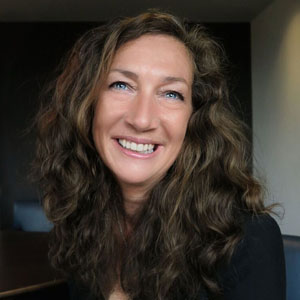 Claire Buchanan, Chief Commercial Officer
In the wake of digitization and rapidly growing business activities, there arises an indispensable need for companies to manage heaps of data daily. Today, large enterprises are resorting to cloud storage public, private and hybrid for stacking up data inflows. However, most companies still face considerable difficulties to scale their infrastructure for achieving greater data transfer speeds as data expands. According to Claire Buchanan, Chief Commercial Officer, Bridgeworks, “In order to make inroads into the data deluge that is raining down on companies, they will need to invest wisely on their communication infrastructure.” The Dorset, UK based company provides expertise for transferring large amounts of data irrespective of protocol or distance, at high speed over the planet’s TCP/IP infrastructures. “Bridgeworks has been able to alleviate the effect of network latency to almost zero by utilizing parallelization techniques and machine intelligence to both manage and optimize the network and data flow,” says Buchanan.

Since its inception, Bridgeworks has provided companies with a series of hardware and software solutions to help move huge volumes of data, cost effectively and efficiently. Bridgeworks’ WAN rockIT is a suite of products launched on Amazon Web Services (AWS) that liberates organizations from the constraints of distance, performance and costs imposed by the limitations of wide area networks (WAN). WANrockIT facilitates the movement of vast volumes of storage by creating an efficient Storage Area Network (SAN) extension into AWS, helping enterprise customers migrate data to, around, and from AWS Cloud.

For 30 years, Bridgeworks has successfully helped a spectrum of companies in scaling their data movement requirements, now WANrockIT can do the same for AWS. For instance, an Insurance company in the U.S. was trying to replicate data between two sites that were less than 20 miles apart. In order to achieve this replication, the insurance company was multi-copying-from disk to disk, and then to tape, and then on another tape. With the pressure of cost and failure to replicate consistently, Bridgeworks were approached. Consequently, the company not only managed to replicate the data, but they were also able to cross-couple the sites and perform simultaneous cross-site replication, thus de-risking their business. From a pure cost perspective, the insurance company attained cost savings of more than one million dollars by leveraging the services of Bridgeworks.

Being a staunch believer of constant innovation, Bridgeworks has been continuously expanding its technology to support fast data transfers to, on and from AWS. This allows for interoperation between private, public and hybrid strategies. Bridgeworks’ technology is uniquely designed to minimize the effect of latency, increase bandwidth utilization, enhance security and speed for organizations dealing with massive amounts of data. Bridgeworks is focused on providing customers with a single solution that can move all their data efficiently between data centers and AWS. Moving ahead, the company will deploy File Transfer Protocol and Object support. Bridgeworks is developing a ubiquitous data passport strategy that will simplify data transport and provide enterprises with one solution that covers expanding data movement requirements 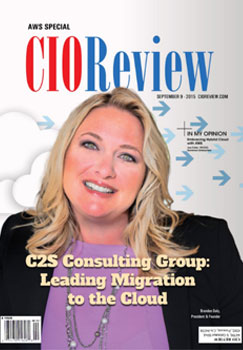