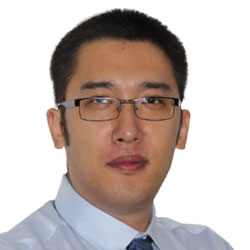 Peng Zhao, CEO
Peng Zhao, CEO of VisualOps is a classical music enthusiast, who being an orchestrator, believes in the power of symphony. This is exactly what one needs when running workloads in the cloud: with numerous applications constantly deployed, the key challenge is to orchestrate all moving parts, to ensure everything runs in a consistent and desired state.

Founded in 2012 as the brainchild of the visual cloud management company, MadeiraCloud, VisualOps aims to tackle this difficulty. By combining Infrastructure-as-Code and DevOps capabilities, VisualOps is able to automate the entire process from initial deployment to ongoing management of the application. Therefore, the state of the application is maintained and is immutable; and the user is free from the heavy lifting usually attributed to operations.

One of the unique advantages of VisualOps is its’ ‘What-You- See-Is-What-You-Get’ (WYSIWYG) IDE. As such, VisualOps provides an intuitive and integrated approach for developers to easily declare their application setup, which is necessary for the orchestration. Moreover, VisualOps’ IDE makes the workload entirely transparent, where “the built-in validation feature identifies errors automatically prior to deployment; as well as offering continuous updates and notifications on any changes or drift,” explains Zhao.

Yet this is not the only use of VisualOps. Customers can also make use of the integrated tool if they already have running applications in the cloud. “For instance, many customers have a significant footprint in AWS and would desire to visualize the infrastructure for documentation, collaboration, and auditing purposes. This requirement is filled by leveraging the unique feature of allowing users to import their existing AWS deployment and generating the diagram,” narrates Zhao. He further elucidates the nature of the cloud as ‘API, model-driven and automated.’ Though the company is rooted in AWS, Zhao envisions that VisualOps will eventually become the management tool of applications in any cloud environment. One of VisualOps’ most recent features, Command Line Interface (CLI) enables customers to deploy the same application template on their laptop, or in the cloud as well as the ability to clone applications from the cloud to their laptop.

We provide the customers an alternative by offering the same agility of PaaS, as well as full control of the underlying infrastructure, but without any constraints on the application

As well as having partnered with a number of successful companies like MongoDB and RedHat, VisualOps’ cloud based applications are deployed in several challenging locations by leading global corporations. For example, several customers have migrated from PaaS to IaaS and a familiar reason behind this is a conscious decision to escape the PaaS limitations. It was observed that the native IaaS comes with a significant increase in the management overhead. VisualOps provided an alternate solution, which offered the same agility of PaaS, including full control of the underlying infrastructure. “Just like the push-to-deploy feature in PaaS, VisualOps’ solution offers similar CD/CI features, but with the added capability to define every step of the workflow,” reckons Zhao.

What’s next for VisualOps? Zhao expounds that the company is fast approaching the goal of being environment agnostic, whether AWS, GCE, Azure or Docker. Going beyond the traditional DevOps tools, the company also envisions building an IT Operations Analytics. “By combing analytics and automation, we will bring more autonomy to the workload. We are always focused on our future roadmap and we also see VisualOps becoming the hub of the tool chain,” explains Zhao. To attain this standard, VisualOps plans to introduce an open plug-in API that enables other SaaS tools to integrate with it i.e. NewRelic, Cloudability, Jenkins etc. The company has already set up their own instant app-store (store. visualops.io). “With that, VisualOps will be the one-stop solution for running applications in any cloud.” he concludes. 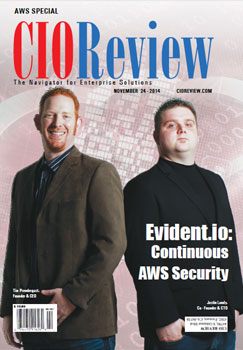