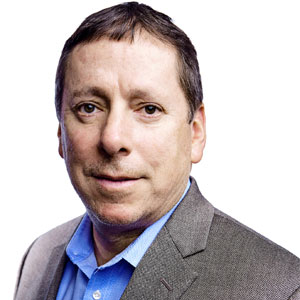 For the past 13 years, I’ve helped three teams at Amazon—Amazon Web Services (AWS), Appstore, and, now, Alexa—grow from start-ups within a retail company to full-fledged businesses with thriving developer communities. These communities have accelerated Amazon’s growth in cloud computing, mobile apps, and voice. It took a lot of smart people and ingenuity to make it happen, and I learned a lot along the way.

To start, if you want to deliver an exceptional customer experience, you have to invest in those who can build those experiences. And I’m not just talking about what your own business can build—I’m talking about the developers everywhere who are pushing the boundaries of what’s possible with technology.

Leveraging the power voice. With Alexa, for example, we built the tools and software development kits that have helped developers create over 80,000 skills and 100 millions Alexa devices. We believe this robust community of third-party developers is necessary to innovate for our customers and we’ve helped them to build businesses based on our technology.

Back in 2006, when I was at AWS, Amazon wasn’t known for building developer communities. We were selling compute infrastructure in the cloud for 10cents an hour. Nobody was treating their data storage, compute, or message queues like an on-demand utility and developers certainly weren’t architecting their solutions with the cloud in mind. Showing developers this was real, that Amazon supported them and would listen and invest in them wasn’t an off-the-shelf playbook. We had to paint a picture of where developers could go with these solutions and what was in it for them.

Here are three specific lessons I’ve learned that will guide businesses hoping to build a developer community that not only supports their business but also gives access to tools and technology that will uncover and create opportunities for the developers as well.

At Amazon, we relentlessly innovate on behalf of developers. At the core of our approach has consistently been our self-service culture. We build tools internally, then make those tools available to developers everywhere. These self-service tools empower developers to build the unexpected and unleash their creativity.  This openness is not commonplace – enterprise software and utility computing has largely applied other models, but our customers told us those models weren’t customer centric and they didn’t want long contracts with audit provisions, they didn’t want vendor lock-in.  We addressed that.In his 2011 shareholder letter, Jeff Bezos emphasized the self-service nature of Amazon’s tools to remove gatekeepers that may slow innovation. With self-service tools, even improbable ideas can be tested. That enables Amazon to welcome innovation from developers from all backgrounds and all over the world.

We’ve seen plenty of developers thrive with this model. Software veteran Jeff Bolton previously launched a $3 billion e-commerce giant, but pivoted to build a voice business after creating successful Alexa sound skills that get millions of users and generate thousands in revenue each month. A former journalist, Tom Hewitson started tinkering with Alexa to see what new kinds of gaming experiences were possible. His gaming skills grew quickly in popularity, which enabled him to grow his company from a one-man consultancy that advised enterprise organizations on how to adapt for the coming conversational revolution to a six-person voice design agency that builds games and other mass use voice experiences for consumers in just six months. And Sonos, well known for delivering premium audio experiences, built Alexa into its devices and connected its multi-room speakers to Alexa to bring voice control to the Sonos sound system.

Some developers don't want help, and some want more than others. Give your community several ways to get the assistance they need. We found a way to be self-service and on the frontlines to stay close to the developer.

First, we found the talent and built the infrastructure for a team that stays close to the community. While we built the foundation with a self-service model, we needed people who are passionate about developers and working with companies to make them successful.

Early at AWS,we were a small team with a small budget to evangelize our cloud service. We were scrappy in how we executed but ambitious in our goals. We wanted to get in front of as many developers as possible. The first evangelist for AWS, Jeff Barr, led the effort. His mandate was to never be in the office, but to be out working with developers and educating them on AWS. Sixteen years later, he’s now VP, AWS evangelism.

We took a similar approach with Alexa. The first six months were slow and steady with developer adoption. They needed to learn how to build a voice-user interface. We’d released APIs and a software development kit, but we were lacking rich resources and training. We doubled down on education. Three years in, we have a dedicated team of technical evangelists around the world who have educated tens of thousands of developers on building for Alexa.

Second, we built the mechanisms to listen, such as the Alexa Developer Advisory Council, developer evangelists that hold weekly office hours and regular surveys to tap into developer opinion. Similar to Amazon’s obsession with customer service, we also have a team dedicated to responding to developer inquiries through tools like User Voice, developer forums or other contact mechanisms. I recall one instance during my time in the Amazon Appstore when a small pivot based on feedback led to a surge in developer activity. Appstore had been up for a few years, but we didn’t have as much selection as we would like. After looking at the results from one of our surveys to developers not building for Appstore, we learned that one line in our developer agreement was the deterrent as well as a lack of understanding of the ease of submitting an app. We removed those terms and worked to clearly relay the simplicity of submitting to the Appstore and saw an increase in app submissions. The next year we had over 100,000 apps and now we’re in the hundreds of thousands.

Third, we take no customer for granted. When we started AWS, we were there to talk to any developer who wanted to talk to us, no matter if it was positive or negative. For example, we opened lines of communication with an active forum user, “Low-flying-hawk,” that was frequently critical.  We solicited his input on new features, pricing, and issue.  Once we did that, he became a resource that helped us raise our standards.  He eventually became an appreciated customer: at first spending just $2.37/month.  We appreciated his feedback so much, in fact, that we ultimately named a building on Amazon’s campus after him.

3. Empower Developers to Be Your Biggest Advocates

If you give developers the tools to be successful, they will become your biggest advocates. The first startups that bought into AWS turned into our most vocal proponents of moving to the cloud. Dan MacAskill, CEO at SmugMug, was one of the first. He told the story of AWS better than we ever could, giving a face and voice to the success one could get from moving to the cloud. Knowing startups and developers react well to hearing peers and real-world anecdotes demonstrate a technology’s value, we worked alongside Dan to help him amplify his message, secure speaking opportunities, and more. While we gained a voice in Dan, he also gained an ear in us, in which we carefully listened to his feedback and worked with him on pain points he and the community were feeling.

As the Alexa developer community has grown, we’ve seen similar traction with passionate members evangelizing on our behalf. Some of our most active developers are part of a program called Alexa Champions. Collectively, they’ve published hundreds of Alexa skills and educated thousands of developers.

We know Amazon alone will not create the world’s smartest voice service. Amazon alone will not solve the world’s challenges with data storage and computing. Igniting a robust developer community and helping them believe in your vision is key to pushing the boundaries of where these technologies can go. You can unlock your own developer community to do the same for your business. Treat every developer as a first-class customer. Open up and give them the right tools they need to build their own business. Lean into their feedback. Celebrate their wins loudly. Then, let their innovations surprise you.

How Path To Production Ensures Safety And Soundness On Our Digital...

Bringing People And Technology Together

Reaping What You Sow From Cloud Computing In Variable Industries